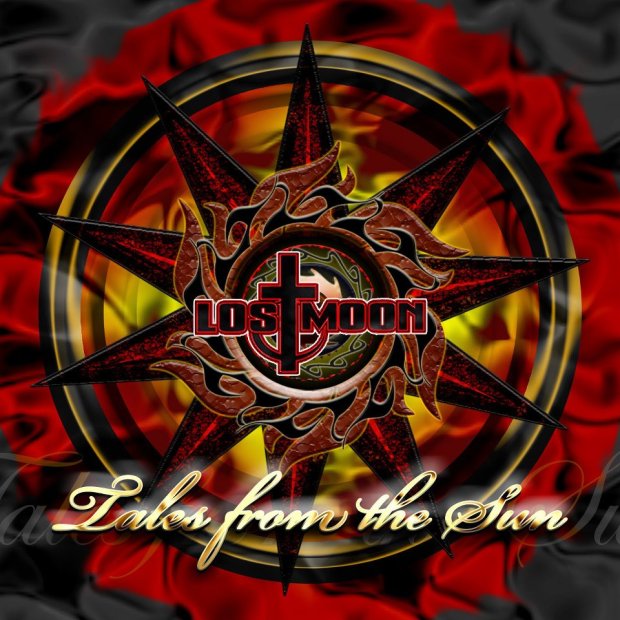 Biografia
The first core of the band was born in the early ‘90s with the Paolucci Brothers:
Stefano (Guitars-vocals) and Pierluigi (drums); after many line up changes LOST MOON became stable when Adolfo Calandro (bass) and Mauro Colloca (percussion) joined the band.The combo started working on their typical sound , a mix of heavy psychedelic stoner and hard tribal rhythms.In 1998 Lost Moon recorded the first demo called “First Breath” a self-produced work in which the sound of the band already shows its distinctive mark. The work was reviewed by national and international magazines and fanzines and it allowed the band to play throughout Italy and have some gigs in Switzerland. In 2002 was released the first self produced cd “LOST MOON” The band took part in many compilations, and the reviews were favourable than the band started a tour to promote
their work .In 2003 Mauro Colloca left Lost Moon and Francesco Panarese joined the band as percussionist; thus adding more emphasis to rhythmic sounds with his tribal style.
After signing for collaboration with Alkemist-Fanatix Europe management in the ’07 the
new album entitled “King of Dogs” is issued on gennuary 21 2008 under U.k.Division
Records and world distribution trough P.H.D./CODE7. The new cd had a good reception from specialized press both in Italy and abroad, while sales reached satisfying levels . In the following months Lost Moon started on a promotion tour all along Italy, giving them a chance to take part in nationwide festivals , within the doom-psych-stoner circuit (S.H.O.D., Grottafree fest, etc. etc.) and let the band perform many gigs in U.K, NL and GE ..after King of Dogs promoting tour on 2011 Francesco Panarese left the band …
…Lost Moon released a new work…..a concept album called “Tales from the Sun”,on the 31st march 2013 as a former trio, with many collaboration inside the album ( Francesco Panarese as percussions, Giovanni Nazzaro as didgeridoo player and Craig Perits as a vocal character inside the concept album) …Than they started “The Tales from Europe tour part I , II, III IV, V” to promote their last work .The fifth part of the tour started on march 2015….the whole tours took the band playing in Germany,Austria, Holland, Danmark and Italy, and let the band took part to many german and italian rock festival (Kalifornia Crossing Festival, the Heavy Music live Machine 2015, Fehmarn rock(t) festival , Sweet Leaf Festival. Stoner Night Live .with bands like Boneman ,Craang, Camel Driver, The Operators, Buddha Sentenza, Libido Fuzz, Sautrus, Wild Eyes, Toner Low, Karma to Burn, Zippo, Teverts, Ira del Baccano and many others)..Lost Moon signed with German label Pink Tank Records and a new release is scheduled on late spring 2016….stay tuned for any news waiting for the upcoming tours and release…the Dogs are back fuckers…….